As the pressure mounts in Madison over the Wisconsin Firearms Coalition’s Constitutional Carry bill, cosponsors are rolling in.

But not every ‘pro-gun’ legislator is willing to fight for your gun rights.

Some talk about being pro-gun on the campaign trail — but refuse to stand up for the Second Amendment once safely in office.

One such legislator is State Senator Luther Olsen, who has come out blasting Constitutional Carry, telling the local press that he will vote “No” on this legislation.

We expected this kind of diatribe from anti-gun politicians on the left, being whipped up by anti-gun media outlets here in Madison.

But with Senator Olsen leading the charge against this bill from the right, it may impact other legislators who are still undecided on this bill.

That’s why it’s vital you contact your legislators right away — more on that below.

You see, political insiders are telling us that a number of ‘pro-gun’ legislators are waffling on this bill under the pressure of Michael Bloomberg’s front-groups and turncoats like Senator Olsen. 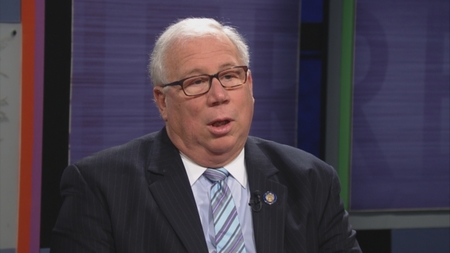 (‘Pro-gun’ Senator Luther Olsen has attacked Constitutional Carry legislation and has promised a ‘NO’ vote and is reportedly working to convince other legislators to oppose it as well!)

And if they don’t hear from you, they may buckle under the pressure, killing Constitutional Carry in the process!

The April 4th deadline is fast approaching for your legislators to co-sponsor Constitutional Carry and have their name officially listed on the jacket of the bill!

So please help us right away by:

>>> Contacting your legislators (in both chambers) and insist that they cosponsor Constitutional Carry legislation.

(To find your legislator’s name and contact information, type in your address here or call the Legislative Hotline at 608-266-9960.)

>>> Signing your Citizen’s Cosponsor Initiative right away so that we can take these to the Capitol and show your legislator how much support Constitutional Carry has in your district.

>>> Finally, please help us maintain our grassroots mobilization program to ensure that we obtain the maximum number of cosponsors with a generous donation of $100, $50, $25 or even just $10 today.

With state after state passing Constitutional Carry legislation -– not to mention our historic legislative majorities — it’s time that Wisconsin do the same.

But that won’t happen without a fight, and that’s why I hope you’ll act fast in contacting your legislators.

The current cosponsors in the General Assembly include:

And in the Senate, the following Senators have cosponsored:

Once again, the deadline for official co-sponsorship is tomorrow so please contact your legislators immediately and encourage your friends and family to do the same thing.

This is our chance, Wisconsin, let’s get it done!

P.S. Senator Luther Olsen has come out firing against Constitutional Carry, telling the press that he will be an aggressive “NO” vote on this gun bill.

What’s worse, insiders are reporting to us that Senator Olsen may be weakening the resolve of other ‘pro-gun’ legislators as we approach the April 4th deadline for cosponsors.

That’s why I hope you’ll contact your legislators immediately and insist that they cosponsor this bill.

If you need help finding their names or contact information, you can type your address into the link here.

And when you’re done, please make sure to sign your Citizens Co-Sponsor Initiative in support of Constitutional Carry!

Has Your Legislator Co-Sponsored Constitutional Carry?

WIFC at the Madison Gun Show Today and Saturday!