I have good news for gun owners in Wisconsin!

It was a huge day but in the end, the special session came in like a lion and out like a lamb and no gun control was passed!

Check out the rest of the email below with pictures and videos from yesterday’s events.

WIFC staff arrived at the capitol around 9:45AM to talk with lawmakers and their staff to make sure the legislature knew exactly what gun owners thought of Tony Evers’ gun control proposals! 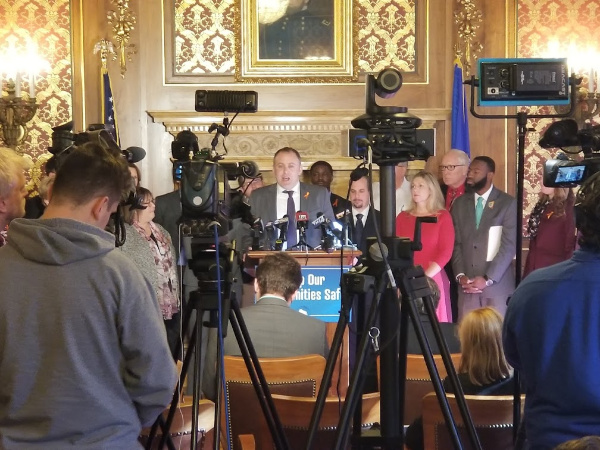 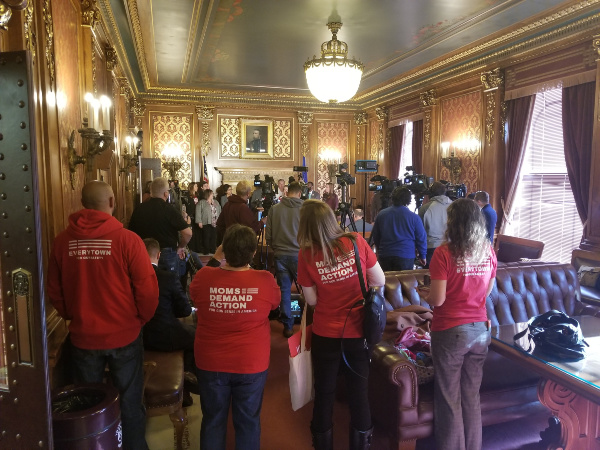 Anti-gun activists stood salivating in the background, mocking gun owners and bragging about how they’re going to take your firearms away before this is all over.

Shortly after the press conference ended, Bloomberg-funded gun control front groups started showing up by the hundreds in an attempt to make it look like every-day, grassroots Wisconsinites wanted gun control passed!

But we knew better.

With news cameras running and fake “religious leaders” speaking, they rallied and chanted on the front steps of the capitol, often turning to WIFC staff and spewing profanity so bad, we can’t type it out here in its entirety!

One member of Moms Demand Action and the Brady Campaign walked right up to us on camera, flipped us off, grabbed her privates and spewed the phrase “Eat my p***y, f*****g b***h Trumpster!” 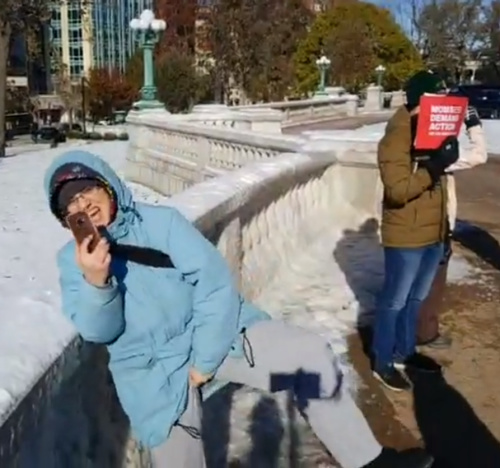 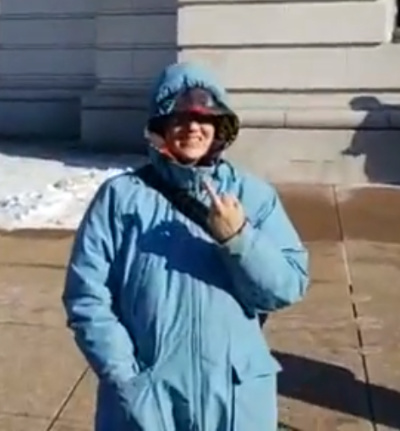 It was an unbelievably vulgar display from the Bloomberg crowd… and she wasn’t the only one.

The woman in the picture below spent half the morning shrieking at WIFC members that gun rights are all about “the patriarchy” trying to control women and keep them down!

She insisted that all gun owners are “white supremacists and KKK members”… simply because we love our Second Amendment, our freedom and our country! 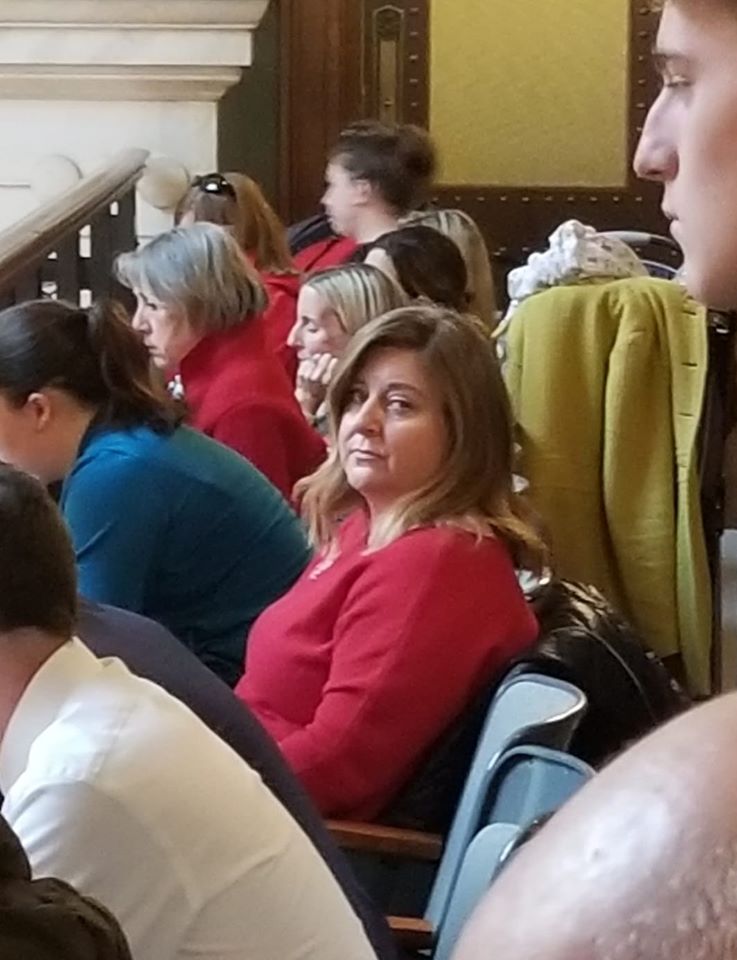 One old liberal marched up to us near the end of the rally and started shouting in the camera how gun owners have “Sh*t for brains!”

If you’d like to see our full video of the gun control rally, including the events talked about above, on FB live video, JUST CLICK HERE!

When the rally ended, gun control activists stormed inside the capitol and flooded the Assembly gallery, again attempting to convince lawmakers that they were normal Wisconsin citizens, not Bloomberg funded activists.

Some spent the entire time whining to Capitol staff about the presence of gun rights activists in the gallery, as if the capitol itself belonged to them! 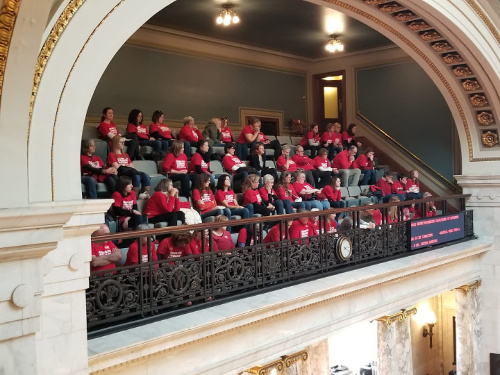 In the end, thanks to YOUR phone calls, YOUR emails, YOUR petitions and all your hard work, the Assembly and Senate gaveled in and gaveled right out of special session, not taking up Tony Evers’ proposed gun control bills.

Again, this would not have happened if the voices of WIFC members were not thundering in the capitol in Madison in the weeks leading up to this special session!

But while we had a victory yesterday, this fight is far from over.

Governor Evers has promised to force as many special sessions as he needs to if that’s what it takes to force weak lawmakers to do a deal.

In the days and weeks ahead, we need to fight hard and watch closely to make sure no “compromise” bills are brought forward in an attempt to convince the leftist media that Republicans are “doing something“.

So if you’re not a member, I’ll ask you straight up to join with us now. We need you on our side now more than ever as our gun rights have never been under such attack before.

To join, please click here or on the image below!

If you’re already a member of WIFC, please consider an additional contribution to help us keep Bloomberg at bay in Wisconsin!

We’re fighting HARD in Madison on behalf of gun owners all across the state but we can’t do it alone.

So please make a contribution by clicking here or on the button below!

Gun owners won a decisive victory yesterday and for that, on behalf of the board of WIFC, I thank you very much!

Now we need to keep up this fight, never backing down because if we do, there’s only one way it ends for our gun rights.

Stay active, stay mobilized and never stop fighting for our most cherished freedoms!

But the fight it NOT over!

Gun owners must keep the pressure up in Madison if we’re to see gun control stopped and pro-gun legislation advanced!

So if you’re not a member of WIFC already, please click here or on the image below to sign up today!

If you’re already a member of WIFC, please consider an additional contribution to help us keep Bloomberg at bay in Wisconsin!

Renew Your Membership in WIFC for 2020 Today!